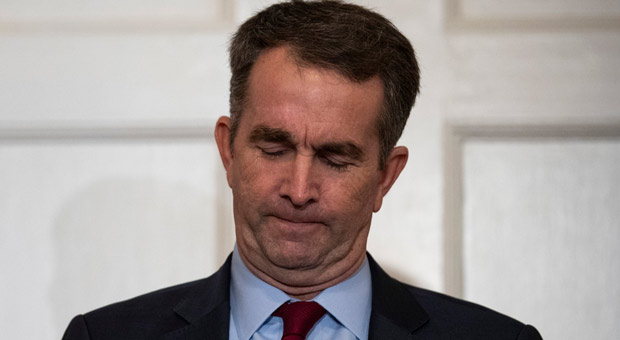 Virginia’s Gov. Ralph Northam has been caught breaking the rules of his own lockdown order

Virginia’s Democrat Gov. Ralph Northam has been caught breaking the rules of his own lockdown order after pictures emerged of him online this weekend.

In March, Northam issued stay-at-home orders for Virginian residents, prohibiting anyone from leaving home except for trips deemed “essential,” such as getting food or seeking medical assistance.

The order, aimed at reducing the spread of the coronavirus, also banned gatherings of more than 10 people.

The rules “shall remain in full force and in effect until June 10, 2020, unless amended or rescinded by further executive order,” the order’s text states.

“We are at the beginning of a period of sacrifice,” the governor said while issuing the order.

“This s a difficult and unprecedented time… I have faith in you as Virginians,” he added.

Gov. Northam was pictured repeatedly breaching his own lockdown order

“We need to take this seriously and act responsibly. We will get through this together,” Northam continued.

The order went into effect immediately with all public beaches closed “for all activity, except exercising and fishing.

However, Northam is now being blasted on social media after he was seen appearing at Virginia Beach Saturday without a face mask and not practicing social distancing measures around members of the public.

Northam reportedly visited the beach with Mayor Bobby Dye on the second day of the beach’s reopening, according to local news outlet 13News Now.

Virginia Beach’s reopening is considered a test to see if people can safely follow social distancing rules before other beaches in Virginia reopen, according to Fox News.

But Northam, who previously served as an Army doctor, came under fire when images of him surfaced on social media not wearing a face mask and apparently in close contact with other community members.

The Centers for Disease Control and Prevention (CDC) reminded the public this week that the coronavirus mainly spreads person-to-person when in close proximity, while it also revealed that surface contamination is far less likely than previously thought.

Here’s Gov. Ralph Northam social distancing with a mask on at the beach today… you know… like he tells everyone else to do. pic.twitter.com/8IUEGYH0GI

According to the state-mandated rules, people are allowed to be outside without a mask when sunbathing, swimming and fishing as long as they remain distant from other parties.

The governor’s office told NBC in a statement: “The governor has repeatedly encouraged wearing face coverings inside or when social distancing is impossible.

“He was outside today and not expecting to be within 6 feet of anyone.”

Northam was pictured in a large group, without a mask and not practicing social distancing

The governor is expected to announce new mask protocols on Tuesday, according to an NBC source in the governor’s office.

All inside businesses will have new face-covering requirements as the state slowly returns to business as usual.

The state initiated Phase One of its reopening plan on May 15, but northern Virginia was allowed to wait until midnight May 28 to start reopening, to give local businesses more time to meet the new health and safety standards.

Phase One of the plan still bans social gatherings of 10 people or more, and the recommended social distancing guideline of six feet or more is still in place.

Northam has yet to comment on his violation of the state’s social distancing regulations at the beach.