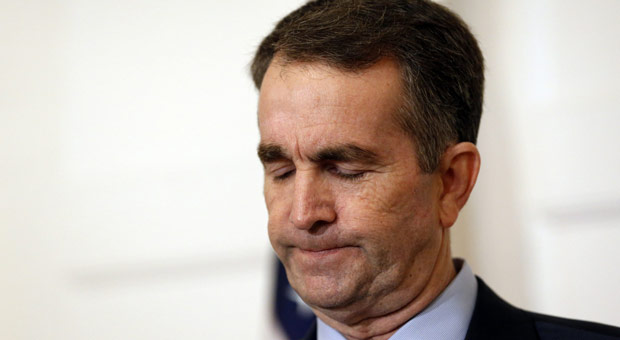 Radical anti-Second Amendment measures, currently being pushed by Virginia’s Democrat-controlled state government, appear to be backfiring as gun sales have reached near all-time record highs, according to reports.

Last month, firearm sales soared in Virginia amid fears that Democrats, who now control the commonwealth’s General Assembly, will move to undermine the constitutional gun rights of its citizens.

The anti-2A push is being led by the state’s Democratic governor, Ralph Northam, who last week declared a “state of emergency” while temporarily banning individuals from carrying firearms and other weapons on Capitol grounds.

Northam made the move ahead of Monday’s rally, as citizens prepare to march on Richmond to protest against the coming laws to restrict their gun rights.

According to the Richmond Times-Dispatch, Virginia enjoyed the second-largest firearm sales ever record last month.

Criminologists say that was triggered by the repeal of the state’s one-handgun-per-month law and fears of increased gun restrictions following the Dec.14, 2012, shooting at Sandy Hook Elementary School that killed 20 students and six adults.

Firearm store owners who spoke with the Times-Dispatch confirmed that the sharp increase in firearms sales is directly related to fears that Democrats will curtail gun rights.

“If Virginians feel threatened that their rights are being curtailed, they’re going to react just the way that you’ve seen,” Robert Marcus, the principal owner of Bob’s Gun Shop in Norfolk, told the newspaper.

“Everyone down here is upset.

Jerry Cochran, the owner of one of Virginia’s largest firearm shops, similarly said, “A lot of people that have never owned a gun think they won’t be able to get the style of gun they want [if the proposed restrictions become law], so they’re buying.”

The most popular items being bought include those that would be impacted by proposed gun control legislation, including many semiautomatic rifles often labeled “assault weapons,” such as AR-15s, and high-capacity magazines.

Thousands of pro-gun demonstrators are expected to descend on Richmond on Monday in an effort to persuade Virginia lawmakers to drop their push for increased gun control.

Speaking last week about the situation in Virginia, President Donald Trump warned that the Second Amendment is “under very serious attack“ in the state.

Your 2nd Amendment is under very serious attack in the Great Commonwealth of Virginia. That’s what happens when you vote for Democrats, they will take your guns away. Republicans will win Virginia in 2020. Thank you Dems!

The president was speaking ahead of a gun rights rally in Virginia as thousands of citizens are rising up against the Democrat-controlled state government.

“Your 2nd Amendment is under very serious attack in the Great Commonwealth of Virginia,” President Trump tweeted.