Breaking News
NBA’s Golden State Warriors throw co-owner under the...
The Latest News in Nevada Could Cost Chuck...
Here’s what Glenn Youngkin’s first weekend in office...
Rand Paul responds to DirecTV canceling OANN from...
Border agents are bracing themselves for one dangerous...
Justice Brett Kavanaugh stabbed conservatives in the back...
The only thing Biden is ‘Building Back Better’...
Wisconsin judge says state can no longer use...
Global Elites Have Doubled Their Fortunes to $1.9...
UFC President Dana White defends Joe Rogan after...
Home News Ukraine 'Whistleblower' Heard Discussing How to 'Take Out' Trump, Report Shows
NewsUS News 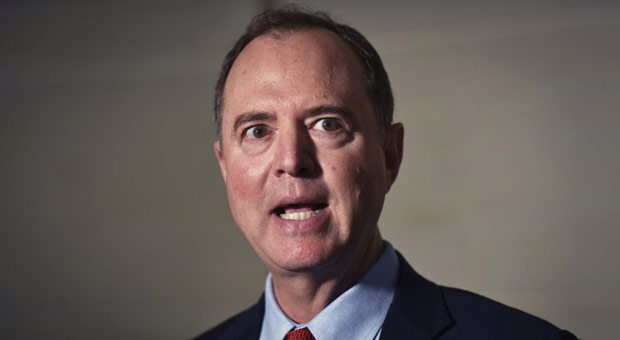 Democrat Rep. Adam Schiff‘s Ukraine “whistleblower” – whose complaint led to impeachment proceedings against the president – was allegedly overheard discussing how to “take out” Donald Trump in 2017, according to a bombshell new report.

A source has reportedly come forward saying they heard the so-called “whistleblower” talking about ways to remove President Donald Trump from office after being “triggered” by his policies.

The man suspected to be the whistleblower allegedly discussed openly how to “take out” the president within two weeks of Trump taking office.

If the claim is accurate, it places the discussion way before Trump’s June 2019 phone call with the president of Ukraine even took place.

Misko reportedly offered “guidance” to the “whistleblower” during the impeachment process under Schiff.

As noted by the outlet, there is “strong evidence” that the man identified in the report is the whistleblower, though he has not been officially named as such.

“Both were Obama administration holdovers working in the Trump White House on foreign policy and national security issues.”

“Just days after he was sworn in they were already talking about trying to get rid of him,” a White House colleague who allegedly overheard the conversation told RealClearInvestigations.

“They weren’t just bent on subverting his agenda,” the source added.

“They were plotting to actually have him removed from office.”

Another source said the alleged whistleblower and Misko “didn’t like” Trump’s “policies,” adding, “They had a political vendetta against him from Day One.”

The outlet emphasized that the apparent discussion about Trump’s removal prior to the Ukrainian call “undercuts the narrative that impeachment developed spontaneously out of the ‘patriotism’ of an ‘apolitical civil servant.’”

The two men’s actions were part of a “larger pattern of coordination to build a case for impeachment, involving Democratic leaders as well as anti-Trump figures both inside and outside of government,” RealClearInvestigations said.

“The ‘all hands’ meeting, held about two weeks into the new administration, was attended by hundreds of NSC employees,” the report said.

“They were popping off about how they were going to remove Trump from office. No joke,” an ex-colleague said.

A military staffer detailed: “After Flynn briefed [the staff] about what ‘America first’ foreign policy means, [the alleged whistleblower] turned to Misko and commented, ‘We need to take him out.’

“And Misko replied, ‘Yeah, we need to do everything we can to take out the president.’”

“By ‘taking him out,’ they meant removing him from office by any means necessary.

“They were triggered by Trump’s and Flynn’s vision for the world.

“This was the first ‘all hands’ [staff meeting] where they got to see Trump’s national security team, and they were huffing and puffing throughout the briefing any time Flynn said something they didn’t like about ‘America First,’” the source continued, adding that the alleged whistleblower told Misko they “can’t let” Trump “enact this foreign policy.”

“It was so shocking that they were so blatant and outspoken about their opinion,” the military staffer said, noting that superiors were quickly notified.

“They weren’t shouting it, but they didn’t seem to feel the need to hide it.”

Trump Reminds Hillary Who’s Boss After She Says Beating Trump Top Priority For World: “Nobody likes her, that’s why she lost”