Toy has female hair and clothing but male genitalia, triggering outrage from parents 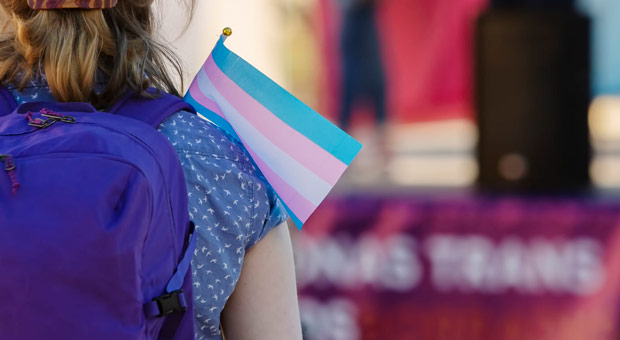 The transgender doll was reportedly sold in a Russian toy stores, prompting outrage from citizens

A transgender doll for children is reportedly being sold in Russian toy stores, triggering outrage from citizens.

Russian parents have been voicing their outrage over the toys, which allegedly feature female clothing and hair but male genitalia, according to a British tabloid.

The Daily Star published photos of the doll this week that purportedly show it being sold at a toy shop in the Siberian city of Novosibirsk.

Pictures of the doll from the store, called Planeta Igrushek, went viral in Russia.

The UK newspaper claims the transgender doll for children is among the first of its kind anywhere in the world.

Russian social media users are outraged by the images, according to the Star.

“I believe this is a liberal attempt to change the society,” said one commenter, the Star reports.

“Is it okay to produce toys like that for children?” said another.

The dolls were designed for “gender-fluid” children who do not necessarily identify as male or female.

Mattel’s decision came amid a burgeoning push by LGBTQ activists for acceptance and recognition of gender-fluid and transgender identities.

Meanwhile, many conservatives are pushing back against the growing movement to normalize such ideologies.

Particularly when the agenda involves children.

Some experts have warned that with the rise of woke culture, parents, educators, and others have become too eager to support children’s claims to be transgender.

However, LGBT activists have tended to reject such claims as backward, often denouncing those who question the transgender rights movement as bigots.

A series of controversies regarding educators teaching young children about gender identity in public schools have prompted a fierce debate between progressives and conservatives, who argue that kids are being indoctrinated.

Advocates of LGBTQ rights, on the other hand, often claim that society still has a way to go in achieving full acceptance of transgender individuals.