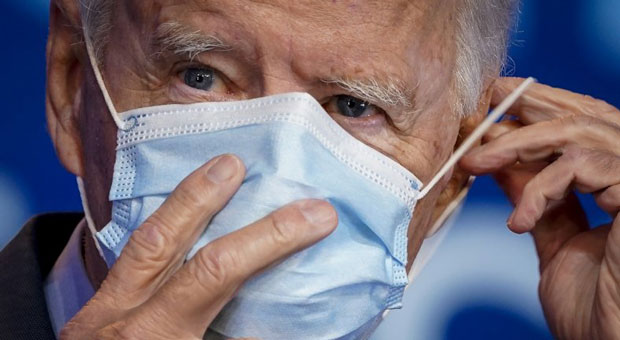 Silver suggested that the entire 2020 presidential election could be down to who wins Pennsylvania.

Democrats are now panicking about the prospect of losing key swing states, with one such state being Pennsylvania.

But according to a recent ABC News/Washington Post poll, Biden is up by as many as seven points in his native state

Silver suggested that the entire 2020 presidential election could be down to who wins Pennsylvania.

During an appearance on ABC’s “This Week,” Silver said:

“Pennsylvania has not bumped up to a 7 or 8-point Biden lead like we see in Michigan and Wisconsin.”

‘It’s 5 points. It’s not a big early voting state, so a lot of votes have not yet been cast in Pennsylvania,’ Silver said

“It’s 5 points. It’s not a big early voting state, so a lot of votes have not yet been cast in Pennsylvania.”

“Among the votes that were sent in by mail, there are some provisions about a naked ballot, a security envelope,” the FiveThirtyEight editor-in-chief explained.

“That could make things more complicated. You could have the courts involved. You have some protests, looting in Philadelphia. There’s lots of stuff going on.”

“Maybe a lot of little things add up, and Biden loses Pennsylvania by half a point, and then he doesn’t quite pull off Arizona or North Carolina,” Silver warned Democrats.

“He does have other options. … But still, without Pennsylvania, then Biden becomes an underdog.”

Just days ahead of November 3, the @FiveThirtyEight presidential election forecast has Joe Biden with a 90 in 100 chance of winning the Electoral College.@NateSilver538 breaks down the forecast: https://t.co/5MmblAJP8o pic.twitter.com/wrDdKLFdA6

“We simulate the election 40,000 times to see who wins most often.”

Biden wins 89 out of 100 times, and President Donald Trump wins only 10 out of 100 outcomes, according to the site’s projections.

But what Silver said about Biden’s winning being dependent on one state is different to what he said just a few weeks ago.

Silver said Biden could easily defeat Trump in a landslide.

Trump narrowly defeated Hillary Clinton in Pennsylvania by only 44,000 votes out of 6 million in 2016.

He shared a possible electoral map where Biden wins a number of historically red states, including Texas.

I’d also note that there’s a pretty big gap in the snake chart here between Texas, where our forecast is Trump +3 (so not quite a tossup, but close) and then a group of states (Alaska, SC, MO, KS, MT) where we’re in the range of Trump +7 to Trump +10. pic.twitter.com/sq1hvIAJyE

Trump narrowly defeated Hillary Clinton in Pennsylvania by only 44,000 votes out of 6 million in 2016.

“Biden will campaign in and near Pittsburgh on Monday, and Harris will be on the other side of the state, the campaign announced Sunday.”

“Basically, the Biden campaign is hyper-focused on PA the next 36 hours.”

“And Dems on the ground have grown increasingly nervous about the state in the final stage.”

Last month, Trump reminded his supporters in Erie, Pennsylvania, how crucial the state is to winning reelection.

“Pennsylvania, you have to get out and vote,” Trump said.

“If we win Pennsylvania, we win the whole thing,” Trump said.

“He left you when he was nine. Right? His parents. I’m not blaming him for that.”

BLM Leader Arrested In NYC At Trump Protest, Curses Out Police: “Get your f—ing hands off me”