Breaking News
Newsmax host explains why the 2020 election just...
NBA’s Golden State Warriors throw co-owner under the...
The Latest News in Nevada Could Cost Chuck...
Here’s what Glenn Youngkin’s first weekend in office...
Rand Paul responds to DirecTV canceling OANN from...
Border agents are bracing themselves for one dangerous...
Justice Brett Kavanaugh stabbed conservatives in the back...
The only thing Biden is ‘Building Back Better’...
Wisconsin judge says state can no longer use...
Global Elites Have Doubled Their Fortunes to $1.9...
Home News Nancy Sinatra Promotes 'Unity': I Will 'Never Forgive' Trump Voters
NewsUS News 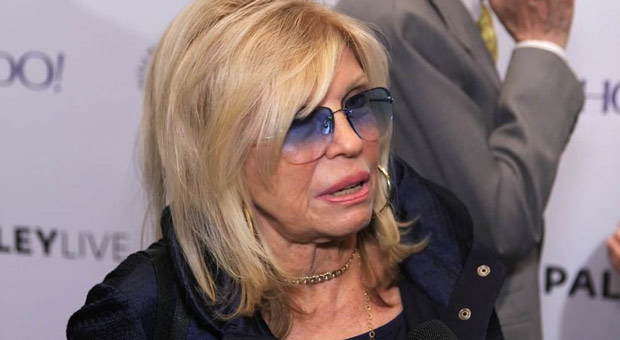 While promoting the Left’s so-called “unity,” liberal singer Nancy Sinatra has declared that she will “never forgive” those who voted for President Donald Trump.

The daughter of Frank Sinatra attacked Trump supporters in a new interview with The Guardian published Friday.

Sinatra said she has developed deep anger inside of her toward Trump’s voters.

“We squeaked by [in the election],” she told the left-wing newspaper.

“I don’t know what I would have done if Biden had lost.

“It crossed my mind to move to another country,” she said.

‘I’ll never forgive the people that voted for him, ever,’ Nancy Sinatra said of Trump voters

“I couldn’t believe that this great nation had sunk so low,” Sinatra continued.

“I’ll never forgive the people that voted for him, ever.

“I have an angry place inside of me now. I hope it doesn’t kill me.”

Nancy Sinatra is, of course, no stranger to this kind of extremist rhetoric.

In 2017, she responded to the infamous Las Vegas shooting by saying the National Rifle Association (NRA) should face a firing squad, according to The Daily Wire.

“The murderous members of the NRA should face a firing squad,” she said.

Following the 2020 election and Biden’s subsequent inauguration, celebrities engaged in all sorts of extremist, divisive rhetoric meant to castigate President Trump and his voters.

“F**k Trump, f**k his whole family, f**k anyone that chose to work with him and f**k every single Trump voter,” he said.

“The rest of us need to make sure this never happens again. We’ve been warned.

“And guess what – I’m STILL with her you misogynist American dummies!!! Onwards!”

Fuck Trump, fuck his whole family, fuck anyone that chose to work with him and fuck every single Trump voter. The rest of us need to make sure this never happens again. We’ve been warned. And guess what – I’m STILL with her you misogynist American dummies!!! Onwards! 💙🇺🇸

Model Chrissy Teigen, the wife of musician John Legend, declared Trump to be “the f***ing worst.”

“Today our great national f***up is over, but the shame will last forever,” she declared.

“With 2 impeachments, the creation of 3 million LESS jobs, 403,000 dead, a record low approval rating and God knows how many crimes, we can officially say Donald J Trump is the greatest at being the f***ing worst.

“Maybe it wasn’t such a good idea to have the guy with barely enough well-done steak with ketchup fueled brainpower to power a lightbulb who doesn’t even know how to close an umbrella run the country.

“History will not be kind to you, you absolute psychopath.

“But I never was anyhow.”

“After a year of pain and loss, it’s time to unite, heal, and rebuild,” Biden tweeted.

Some prominent liberals and Democrats have denounced such talk as unnecessarily divisive and have even encouraged people to speak with Trump supporters.

“I’m fascinated by playing devil’s advocate and want to understand the people I disagree with,” comedian Whitney Cummings told The Daily Beast.

“I don’t want to dismiss and malign.

“I think it’s very self-righteous or sanctimonious to just dismiss people we disagree with without trying to understand why they believe what they believe,” she added.

“I don’t get it. I grew up in Washington, D.C., mostly, but also in Virginia and West Virginia, so I grew up seeing both sides, and people believing different things.

“Even though I don’t agree with somebody, I don’t think they’re dumb.”