A Bloomberg-Clinton combination would be a formidable force, sources say 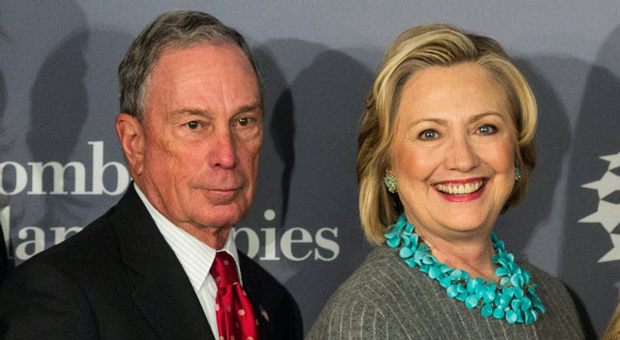 Last month, Clinton admitted she couldn’t help but feel ‘the urge’ to run against Trump again, during a recent interview.

Presidential candidate Mike Bloomberg is reportedly considering making Hillary Clinton his running mate, according to sources close to his campaign as per Drudge Report.

A Bloomberg-Clinton combination would be a formidable force to take on President Donald Trump in the race for the White House, sources stated.

The Former New York City Mayor is also allegedly changing his New York residence to Colorado or Florida because the electoral college makes it difficult for US president and vice-president to reside in the same state.

Under the Twelfth Amendment to the US Constitution, it says that two people could not both inhabit the same state as the elector.

Last month, Clinton admitted she couldn’t help but feel “the urge” to run against Trump again, during a recent interview.

The twice-failed presidential candidate told Variety magazine at the Sundance Film Festival that the 2016 election was an ‘odd outcome.’

“I know that you’re not running, but do you ever feel the urge that like, ‘I could beat him if I were’ or like ‘I wish…’”

Sources close to Bloomberg campaign tell DRUDGE REPORT that candidate is considering Hillary as running mate, after their polling found the Bloomberg-Clinton combination would be a formidable force… https://t.co/XH3TJA9nas pic.twitter.com/wBwRh1hVJH

DRUDGE: Bloomberg himself would go as far as to change his official residence from NY to homes he owns in CO or FL, since electoral college makes it hard for a POTUS and VPOTUS to be from same state. https://t.co/XH3TJA9nas pic.twitter.com/NuOy9w6HM8

A recent series of media appearances with the former first lady set off speculation that she is preparing to take on Trump for a second time in 2020 with her third presidential run.

“My view is that, given the latest revelation, which is such a blatant effort to use his presidential position to advance his personal and political interests, there should be an impeachment inquiry opened,” Clinton told CBS.

“And I think, sadly, there are a number of grounds. But this one is incredibly troubling.”

“And I’m hoping that both the public and press understand the way Trump plays the game … he knows he’s an illegitimate president.”

“I believe he understands that the many varying tactics they used — from voter suppression and voter purging to hacking to the false stories — he knows that there were just a bunch of different reasons why the election turned out like it did.”