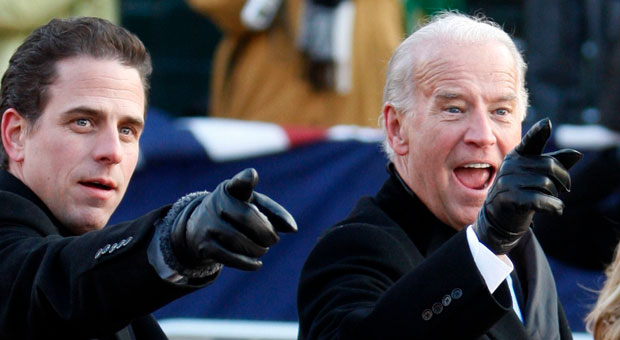 One of the emails threads leaked from Hunter Biden’s hard drive, which includes a discussion about dividing up the payout from a deal with a Chinese firm, has been corroborated by one of the individuals involved in the conversation, according to reports.

The email makes reference to a payout for “the big guy,” who a source has reportedly confirmed is former Vice President Joe Biden, the Democratic presidential nominee.

The email, dated May 13, 2017, was obtained by Fox News and includes a discussion about “remuneration packages” for six people involved in a business deal with a Chinese energy firm.

In the email, Hunter Biden appears to be identified as “Chair / Vice Chair depending on agreement with CEFC,” in an apparent reference to now-bankrupt CEFC China Energy Co.

“Hunter has some office expectations he will elaborate,” the email notes.

During a discussion about an equity split for the deal, “20” for “H” and “10 held by H for the big guy?” is proposed with no further details.

Fox News has now reportedly spoken to one of the people who was copied on the email, who confirmed its authenticity.

Sources told Fox News that “the big guy” is a reference to the former vice president.

The New York Post initially published the emails and other controversial messages that Fox News has also obtained.

In it, Trump discussed investigations of the former vice president with President Volodymyr Zelensky.

Biden was suspected of abusing his authority to pressure the government into firing its top prosecutor who was investigating Hunter’s Ukraine energy firm Burisma Holdings.

Another email from May of 2014 shows Vadym Pozharskyi, an adviser to Burisma’s board, allegedly shows him asking for the younger Biden’s advice on how to stop “politically motivated actions.”

“We urgently need your advice on how you could use your influence to convey a message / signal, etc. to stop what we consider to be politically motivated actions,” it reads.

And less than a year later, a purported email from Pozharskyi shows him thanking Hunter Biden for an invitation to meet his father.

The campaign also said it has released the former vice president’s tax documents and returns, which do not reflect any involvement with Chinese investments.

Politico later clarified that the campaign wouldn’t rule out the possibility that the former vice president had an informal interaction with Pozharskyi.

Biden campaign spokesman Andrew Bates also said: “Investigations by the press, during impeachment, and even by two Republican-led Senate committees whose work was decried as ‘not legitimate’ and political by a GOP colleague have all reached the same conclusion: that Joe Biden carried out official U.S. policy toward Ukraine and engaged in no wrongdoing.

“Trump administration officials have attested to these facts under oath.”

[RELATED] Giuliani: Photos on Hunter Biden’s Hard Drive Will ‘Shock the Hell Out of You’