Dr. Michael Baden details evidence from Epstein’s that ‘suggest’ he didn’t kill himself 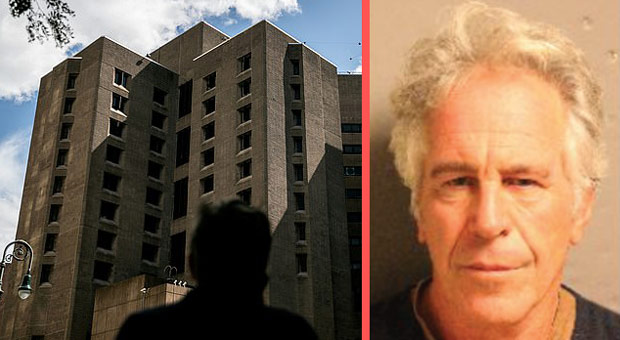 One of America’s leading forensic pathologists has detailed several of Jeffrey Epstein’s injuries, after examining his body, which he says “suggest” he didn’t kill himself as they’re more consistent with “murder.”

Dr. Michael Baden was present at deceased sex offender Epstein’s autopsy and says he had burst capillaries in his eyes which is consistent with manual strangulation and not hanging.

Clinton-linked Epstein’s death was officially ruled a suicide but Dr. Baden says he did not hang himself because his injuries suggest he was likely murdered.

Baden made the revelations during a special episode of Dr. Oz that’s set to air on Thursday.

During the show, pathologist Baden examines photographs of Epstein’s eyes and other parts of his lifeless body that were taken during his autopsy.

Dr. Baden, a former NYC chief medical examiner who is perhaps best known for his testimony at the O. J. Simpson trial, was among the physicians in the room when Epstein’s autopsy took place.

He says it is highly unusual that the cause of his death went from being undetermined – when it was first ruled – to suicide by hanging five days later.

He said he believes there are many “red flags” which suggest he was murdered and did not kill himself.

Chief among them is the burst capillaries and the fact that the color in his lower legs was pale and not purple or blueish which, he says, would have likely been the case had he hung himself from his bunk bed as officials say he did.

“In a hanging, the arteries and the blood vessels, the veins are both clogged off and the person is pale. The face is pale,” Dr. Baden said.

“It suffocates you, no blood goes up there,” Dr. Oz continued.

“No blood coming in or out…. with a manual strangulation, there’s a backup of a pressure and the little capillaries can rupture and they’re best seen in the eye.”

Dr. Baden also revealed why the pale color of Epstein’s legs raises another question for him.

“The blood settles after we die. The so-called lividity, if your hanging, the lividity is on the lower part on the legs.

“These would be like maroon/ purple, front and back and they aren’t.”

His interpretation of the autopsy backs up claims from Epstein’s estate and conspiracy theorists that he was murdered in August in his cell in the Metropolitan Correctional Center and did not hang himself.

At the time, Epstein was awaiting trial on sex trafficking charges.

Dozens of women have accused him of trafficking them when they were underage girls and pimping them out to his wealthy and well-known friends.

When he was arrested, questions immediately were raised over who – if anyone – among his network of high profile acquaintances would also be charged.

The FBI continues to investigate the case and there have been demands from some of Epstein’s victims for people including Prince Andrew to face questioning over the late pedophile’s decades-long reign of abuse in high society.

Some of the victims say they too think Epstein was murdered or given the opportunity to kill himself by powerful associates who were frightened he would turn on them to try to lower his own prison term.

Dr. Baden says it is “very unusual” how Epstein’s death was ruled.

“The initial death certificate was issued at the time of the autopsy, it’s pending further study, getting more information.

“Is that unusual, that you have a five-month gap?” Dr. Oz asked him.

He replied: “It’s very unusual, especially in a prison situation.”

Dr. Baden explains how Epstein’s bloody eyes and pale legs are signs he didn’t hang himself

Dr. Baden also examined the “noose” Epstein apparently used to kill himself and said it was inconsistent with his injuries.

“Number two, there’s no evidence that there’s any blood or tissue on any of the part of the loop.

“Most of all, this little area shows a pattern that wouldn’t be made by this smooth surface of the sheet that was torn to make the noose.

“The problem I think why we’re here today, five months later, is that there’s been a total lack of transparency in what happened to Epstein.”

Epstein had already been moved into suicide watch in the prison after he had allegedly already tried to kill himself.

On the night he died, he was inexplicably removed from suicide watch and put in a cell without a cellmate.

The night he died, prison guards Tova Noel and Michael Thomas failed to complete multiple mandatory checks on him.

They have been charged with falsifying documents for lying about performing the checks.

Prosecutors say they were in fact surfing the internet and napping at their desks.