Flynn: Fraud Whistleblower Has Been Put in ICU, Other Witnesses' Lives Threatened 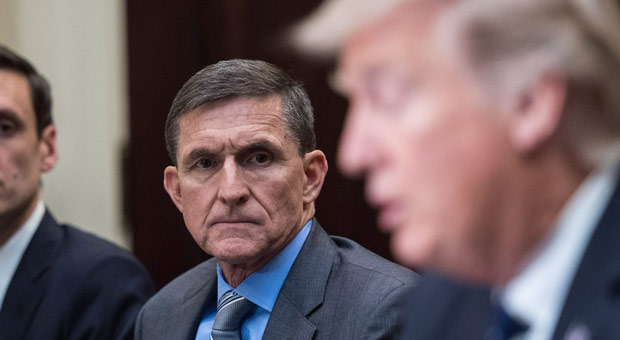 President Donald Trump’s former national security advisor, Lt. Gen. Michael Flynn, has drawn attention to the disturbing number of whistleblowers whose lives are now in danger, with one being hospitalized in the intensive care unit (ICU).

Flynn, who is a client of attorney Sidney Powell, spoke to Fox News’s Lou Dobbs on Thursday to discuss his recent pardon by President Trump and about the ongoing election fraud scandal that continuing to unfold.

“I mean that, I mean, one of them, that woman, woman up in Michigan talked about that yesterday, she had to move, change her phone number, she’s got two children, I mean geez,” the retired United States Army lieutenant general said.

“And, I have, I have at least one example, and, and it’s actually more than that but I’ll just–you know, one example of someone going to the FBI reporting what is clearly a crime and then never hearing back from them.”

“So, I, you know, I, I don’t want to leave it at that with you right now, but, but I’m telling you we cannot have that in this country in this crisis that we are going through right now,” Flynn warned.

Attorney Sidney Powell said Monday night on Hannity that a witness had been hospitalized after a beating.

Presumably, this is the same witness Flynn said is in the ICU, according to The Gateway Pundit.

“Their lives have been threatened.

“Uh, one witness we know of got beaten up and is in the hospital.

“There have been all kinds of repercussions against people who have come forward to tell the truth.

The video clip of Powell’s remarks was posted with a heavy dose of snark by a Daily Beast reporter:

This is just sad.

Hannity takes Sidney Powell at her word that her witnesses can’t come forward “without certain protections in place” and that they “require confidentiality” because their “lives have been threatened” and one has been “beaten up and is in the hospital.” pic.twitter.com/5ZmAUPFIgF

As Neon Nettle reported earlier this week, a Dominion Voting Systems-trained IT contractor named Melissa Carone told lawmakers at the explosive Michigan hearing on Wednesday that her “life has been destroyed” since stepping forward.

Carone blasted Democrats who appeared at the hearing with an apparent goal of harassing witnesses.

Though the Democrat lawmakers were meant to be at the hearing to learn and listen to witnesses, they seemingly opted to attack and smear instead.

“I signed an affidavit under penalty of prison… Did you?” Carone said.

Carone was asked why additional witnesses have failed to step forward.

She responded angrily: “I’ll tell you why. My life has been destroyed.”