Liberal actress gets free pass for malicious lies about the president 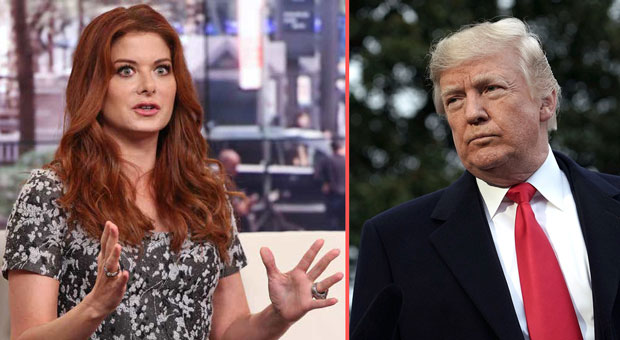 Liberal Hollywood actress Debra Messing has launched a vile tirade of horrific lies about President Donald Trump on Twitter, yet the social media platform’s content “fact-checkers” have remained silent on her posts.

The “Will & Grace” star attacked the president in several posts on Tuesday, falsely accusing Trump of being a “pedophile” and a “rapist” in an apparent attempt to trigger the fake claims to “trend” on Twitter.

Messing seemingly got a free pass from Twitter’s “fact-checking” team, however, despite making multiple false allegations against President Trump.

Aside from claiming that Trump “hates out veterans,” Messing also accused the president of several serious crimes, including sexual assault and child abuse.

Alongside her own direct allegations, the unhinged actress repeatedly posted and retweeted the hashtags #TrumpIsARapist and #TrumpisaPedo in what appears like an attempt to get the malicious smears trending on the social media platform.

Twitter hasn’t fact-checked Messing’s tweets and the company’s communications department has yet to reveal why it has chosen to leave the posts in public view on the platform.

The social media giant has been cracking down on President Trump by fact-checking and even blocking some of his tweets.

Twitter claims it has to act against Trump’s posts because they are “inaccurate” or contain “misleading information” about election rules.

Debra Messing, who boasts more than 653,000 followers on Twitter, regularly lashes out at Trump on social media, according to Breitbart.

But her latest tweets represent her most aggressive and baseless accusations yet.

Messing was retweeting Joe Biden surrogate and Democratic Party operative Jon Cooper, who also claimed that the president “is a pedophile” and that he has “raped & sexually assaulted young women.”

In June, the actress got hit with a Twitter fact check after Breitbart reported that she posted a fake photo in an attempt to conflate President Trump and Adolf Hitler.

Messing has endorsed Joe Biden’s bid for the White House.

The actress has been campaigning virtually for the Biden-Harris ticket by using her social media influencer status to promote their campaign and those of other Democrats seeking office or re-election.