Candace Owens: Democrats Are Using COVID to Rig the 2020 Election 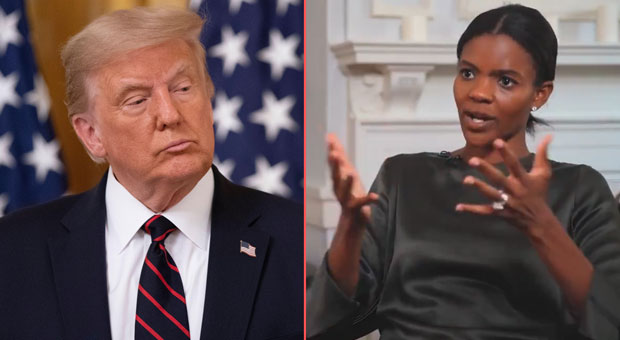 Conservative firebrand Candace Owens has warned that Democrats are using the coronavirus pandemic as a cover for “the greatest ever rigging of an American election.”

Owens, a vocal supporter of President Donald Trump, told The Daily Caller that the Democrats are hiding their campaign – and Joe Biden.

She also said that Democratic leaders are pushing mail-in voting because it is “corrupt,” warning that it will lead to widespread voter fraud.

In a tweet, Owens shared a video of her recent interview, saying: “Coronavirus is the greatest rigging of an American election that has ever taken place – and we are all unwitting participants.”

Owens says the left is using the pandemic to hide both their true policies and presidential candidate.

At the same time, they are preventing Trump from holding campaign events to tout his policies.

Owens added that Democrats using the coronavirus to push for mail-in voting, “which allows for tons of rigging.”

“You have them talking about mail-in voting, which we know is corrupt.

“We know that it allows for tons of rigging.”

“This is the greatest rigging of an American election that we are all playing a part in right now.”@RealCandaceO talks about @realDonaldTrump ‘s reelection, the economy, and #MailInVoting.@DailyCaller @VinceCoglianese pic.twitter.com/nhk9xfof2t

Coronavirus is the greatest rigging of an American election that has ever taken place— and we are all unwitting participants. https://t.co/Yy76nx7men

In addition, the left is using the coronavirus to push for mail-in voting, “which allows for tons of rigging,” Owens said:

“This is the greatest rigging of an American election that we are all playing a part in right now.

“We don’t see the candidates, right.

“The candidates are not allowed to travel.

“They can’t talk about their policies. Who knows?

“They’re already saying now at The New York Times that there might not be a debate.

“The left is completely hiding their campaign.

“That is their strategy: ‘We’re going to hide Joe Biden so you never have to meet him. And, at the same time, we’re going to tell the current president that he can’t he can’t travel – but, if he does any events, if he has a room full of people, that it’s all dangerous and against safety measures and it’s not right.'”

Another way the left is seeking to rig the election is by shutting down the U.S. economy, thus making Americans dependent on socialist policies, Owens said.

“Now, they’ve crashed the economy and forced a ton of people that maybe would have considered some conservative voting, if they had a job, their lives were together,” Owens declared.

“And, that means they’re going to be more inclined to vote for someone who has a more socialist perspective.”

“So that naturally puts them out of the category of voting that they maybe would’ve been in if things had been normal, right?

“So, we see all this stuff happening and we’re supposed to think that November is not being impacted by all of this. Of course it is.”