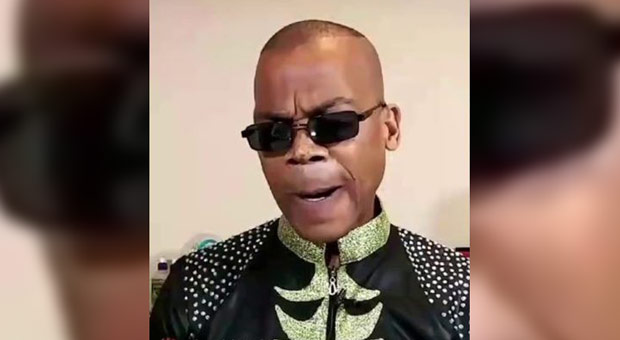 The leader of NFAC, a heavily-armed black militia, has demanded territory from the U.S. government to establish a “black nation” inside America, warning if the group’s demands are not met, then “we’ll take Texas.”

NFAC (“Not F**king Around Coalition”) describes itself as an “eye for an eye organization” comprised of “ex-military.”

The radical-left group warns they “don’t want to negotiate” and is demanding the United States gives free land to all black people descended from slaves so they can form a black ethnostate inside the US.

A video of NFAC’s “Grand Master” issuing demands for “a black nation” went viral shortly after the militia group made an appearance at Stone Mountain, Georgia.

In the video, the group’s leader, who calls himself “The Official Grand Master Jay,” calls for the United States to give “every African-American descendent of slavery” a separate piece of land.

He then declares that the whole state of Texas would be satisfactory.

In a video shared widely on social media, Grand Master Jay appears to be talking to a reporter about the NFAC becoming “the backbone for the military” of the black ethnostate.

The clip starts with Jay saying: “…the whole nine yard and then become the backbone for the military, for a new Black nation.”

The reporter then asks him about the solution, to which Jay replies:

“The solution is very simple. We follow the declaration of liberation, declaring every African American descendent of slavery a political prisoner here in the United States who were affected by the Portuguese slave trade and then after that the United States has a choice either carve us a piece of land out here, we will take Texas, and let us do our own thing or don’t stop us when we exit this body here and go somewhere where they will give us our own land to build our own nation.”

When he is asked how long his organization been in existence, Jay says: “We don’t give that information out.

“We are an eye for an eye organization,” he warns.

NFAC’s leader Grand Master Jay describing how he will build his black ethnostate inside the United States.
boasting they are all ex-military extremely disciplined & experts shooters
pic.twitter.com/8BOTyd7lTe

With the recent emergence of the militia group amidst the rampant Black Lives Matter protests in the country, there has been an increased intrigue about the group, accoridng to reports.

Although the group appears secretive about its origins, it comprises of armed black “ex-military shooters” seemingly seeking a black state in the US.

NFAC has also distanced itself from calls for peaceful protests, stating that they believe in an “eye for an eye” approach.

The group was previously seen during a George Floyd protest in Minneapolis where they were reportedly protecting black-owned businesses amid the unrest in May.

The organization was also spotted in a Georgia neighborhood where Ahmaud Arbery, an unarmed black man, was shot and killed by two white residents while he was out jogging.