Black Lives Matter Leader: We Could 'Wipe Out' White Folks, They're 'Genetic Defects' 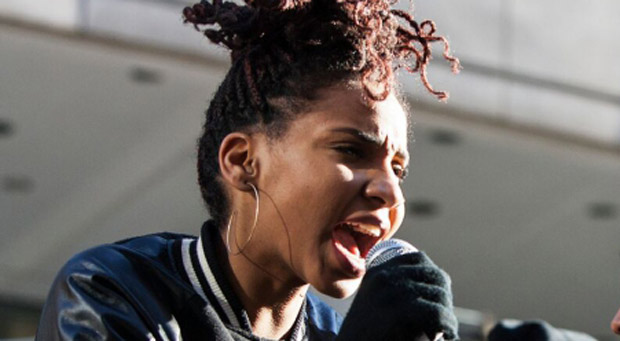 A Black Lives Matter leader describes white people as “genetic defects” and insists that black people could “literally wipe out the white race.”

Yusra Khogali, a Toronto Black Lives Matter chapter co-founder, argues that “white skin is sub-humxn” and says she prays to Allah for the “strength” not to “kill” or harm “white folks.”

In social media posts, Khogali mulled over how the white race could be “wiped out” by black people.

According to the Toronto Sun, Khogali wrote on social media that:

“Whiteness is not humxness,” the statement begins.

The post goes on to present a genetics-based argument centred on melanin and enzyme.

“White ppl are recessive genetic defects. this is factual,” the post reads towards the end.

“white ppl need white supremacy as a mechanism to protect their survival as a people because all they can do is produce themselves.

“black ppl simply through their dominant genes can literally wipe out the white race if we had the power to.”

Also, in a now-deleted 2016 post, she wrote anti-white racist remarks that sparked a social media firestorm.

“Plz Allah give me strength to not cuss/kill these men and white folks out here today,” she wrote on Twitter.

Khogali was widely criticized for the tweet which may have left others in significant trouble.

This was removed by @yusrakhogali from twitter after I tweeted about it. She is co-founder #blacklivesmatterTO pic.twitter.com/TksW5kj4oX

Black Lives Matter has faced criticism for their Marxist ideology and virulent anti-white racism of some of their members.

The ties add weight to claims the group is a radical leftist organization trained to disrupt American society and promote a modern multicultural variety of Marxist ideology.

In a 2015 interview, one of the movement’s co-founders, Patrisse Cullors, admitted in an interview that she and some of the leaders are “trained Marxists.”

Irami Osei-Frampong, a University of Georgia philosophy graduate student and academic recently wrote posts saying “fighting white people is a skill” and “some white people may have to die before black communities will be made whole.”

Another Black Lives Matter chapter co-founder once argued that white people should give up their homes in a piece for LEO Weekly.

“Black Lives Matter is a Marxist movement disguised as racial unrest,” according to Owens.

“We fight now, or lose America to violent communism,” the Blexit (black exit from the Democratic Party) founder warns.

“These thugs are delivering ultimatums to businesses & schools: Do as we say, or burn,” Owens adds.

Watch: Democrat Senator Says She Open To Tear Down Statues Of George Washington