Breaking News
WATCH: McDaniel on Hunter Biden: If this was...
WATCH: Footage from “Jews for Trump” event in...
Deranged Libs throw ROCKS and EGGS at JEWS...
Satire Video has actress playing “Kamala Harris” in...
WATCH: Biden says “There is no controversy about...
Biden surrogate asked why those in the oil...
Watch: AOC Pulls No Punches, Lays Out Her...
Clinical Study About Mask Is Being Censored Because...
AOC says young people “want to vote for...
What China Just Did With A Hunter Biden...
Home News AOC: Public Schools are Funded by Illegal Aliens Who Pay 'Billions' in Taxes
NewsUS News

AOC: Public Schools are Funded by Illegal Aliens Who Pay 'Billions' in Taxes 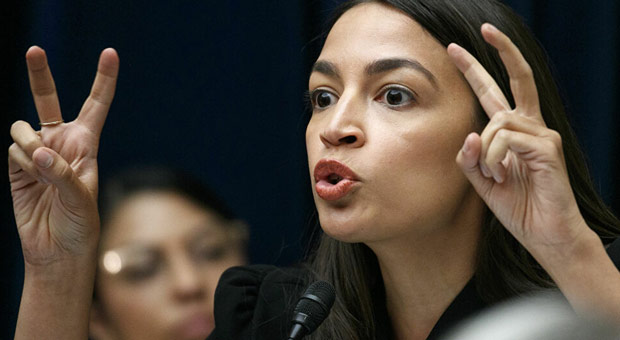 The relief bill is aimed at helping American citizens and legal immigrants but excludes illegal aliens from receiving payments.

“Undocumented people pay billions of dollars in taxes every year.

“We send our kids to public school on the taxes that undocumented people pay.”

AOC made the remarks during a video interview

The socialist congresswoman made the remarks during a two-and-a-half-minute video.

During which she discussed the $2.2 trillion Coronavirus Aid, Relief and Economic Security Act.

“So, this administration in the negotiations for this bill, basically said anything for immigrants is a non-starter,” AOC said.

“Undocumented people pay more money in taxes than Amazon or Facebook, or anything combined.

“So yes, I believe that if you pay into this system, you should benefit from this system.

“So there is not cash assistance for the undocumented, you have to have a social security number.”

Numerous studies have shown how high-income earners pay a disproportionate share of federal income taxes, and that income taxes make up nearly half of the federal budget while payroll taxes comprise another third.

The top 10 percent of income earners, according to the Tax Foundation, paid nearly 70 percent of all income taxes in 2016.

Ocasio-Cortez has a long record of advocacy for illegal immigrant rights.

In October, she introduced six bills to allow illegal aliens to enroll in government welfare programs, referring to the package as a “Just Society,” according to The Pluralist.

Last summer, Ocasio-Cortez said the United States had a responsibility to accept immigrants because of the country’s destructive influence in the world.

“These people are refugees,” she said, failing to acknowledge that only a small fraction of immigrants are ultimately recognized as such.

A week earlier, Ocasio-Cortez claimed during an “open borders” town hall that anyone had a right to live in the United States.

“It’s the ability to move and be — it’s the freedom to be, really, is what we’re talking about,” Ocasio-Cortez said.

“And I think that all people should be free to be here and in our communities.”

WATCH: D.C Residents “Packed in Like Sardines” at Wharf Fish Market Despite “Stay at Home” Order