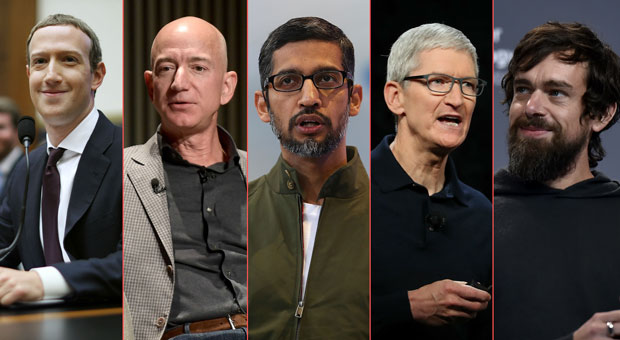 The American Civil Liberties Union (ACLU) has issued a warning about the “unchecked power” of Big Tech following a coordinated effort by market leaders to de-platform President Donald Trump and stamp out any competitors that support him.

ACLU, typically no friend of conservatives, has questioned the censorship of President Trump and some of his supporters by the unchallenged social media oligarchs.

The group points out that those policies could cause more harm to less well-known individuals.

On Friday, ACLU released a statement taking a shot at Trump before suggesting that Big Tech’s policies surrounding censorship would end up affecting minorities.

“For months, President Trump has been using social media platforms to seed doubt about the results of the election and to undermine the will of voters,” ACLU wrote.

“We understand the desire to permanently suspend him now, but it should concern everyone when companies like Facebook and Twitter wield the unchecked power to remove people from platforms that have become indispensable for the speech of billions – especially when political realities make those decisions easier.”

“President Trump can turn to his press team or Fox News to communicate with the public, but others – like the many Black, Brown, and LGBTQ activists who have been censored by social media companies – will not have that luxury,” the statement continues.

“It is our hope that these companies will apply their rules transparently to everyone.”

The statements come after Big Tech began its crackdown on Trump and his supporters.

Twitter permanently banned Trump from its platform on Friday.

The Jack Dorsey-owned platform claims that Trump’s tweets about his supporters continuing to be heard and not attending Joe Biden’s inauguration somehow violated Twitter’s guidelines on inciting or glorifying violence.

Neither of which included calls for violence of any kind.

In fact, in the blocked tweets, Trump urged his supporters to “go home” and “love & live in peace.”

Here’s what Twitter wrote about its banning of Trump:

“The 75,000,000 great American Patriots who voted for me, AMERICA FIRST, and MAKE AMERICA GREAT AGAIN, will have a GIANT VOICE long into the future. They will not be disrespected or treated unfairly in any way, shape or form!!!”

“To all of those who have asked, I will not be going to the Inauguration on January 20th.”

Due to the ongoing tensions in the United States, and an uptick in the global conversation in regards to the people who violently stormed the Capitol on January 6, 2021, these two Tweets must be read in the context of broader events in the country and the ways in which the President’s statements can be mobilized by different audiences, including to incite violence, as well as in the context of the pattern of behavior from this account in recent weeks.

Facebook also banned Trump from posting during the remainder of his term in office, and Snapchat banned him as well.

Google and Apple took the next step of removing popular Twitter alternate Parler from its app stores, while Amazon booted the social media platform from its servers.

President Trump was expected to start using free speech-focused Parler following his purge from the other market leaders.

Pompeo defends Trump, says people walking away from the President “are not listening to the American people”